We just released a new feature you should definitely like if you end up with a bunch of failed webhooks!

An awesome member of the IAPHUB community (Thanks David!) had the issue and suggested that we implement a 'bulk retry' feature to retry multiple webhook requests in a few clicks (instead of going on each webhook page to retry the request).

We thought it was a great idea and we're happy to announce the feature is now live 🥳!

To enable the feature, just click on the "three dots" icon of the webhooks page, a menu will appear to enable it.

When enabled you will have the ability to select the webhooks you want to retry.

After selecting the webhooks, click on the RETRY button to start the retry process. 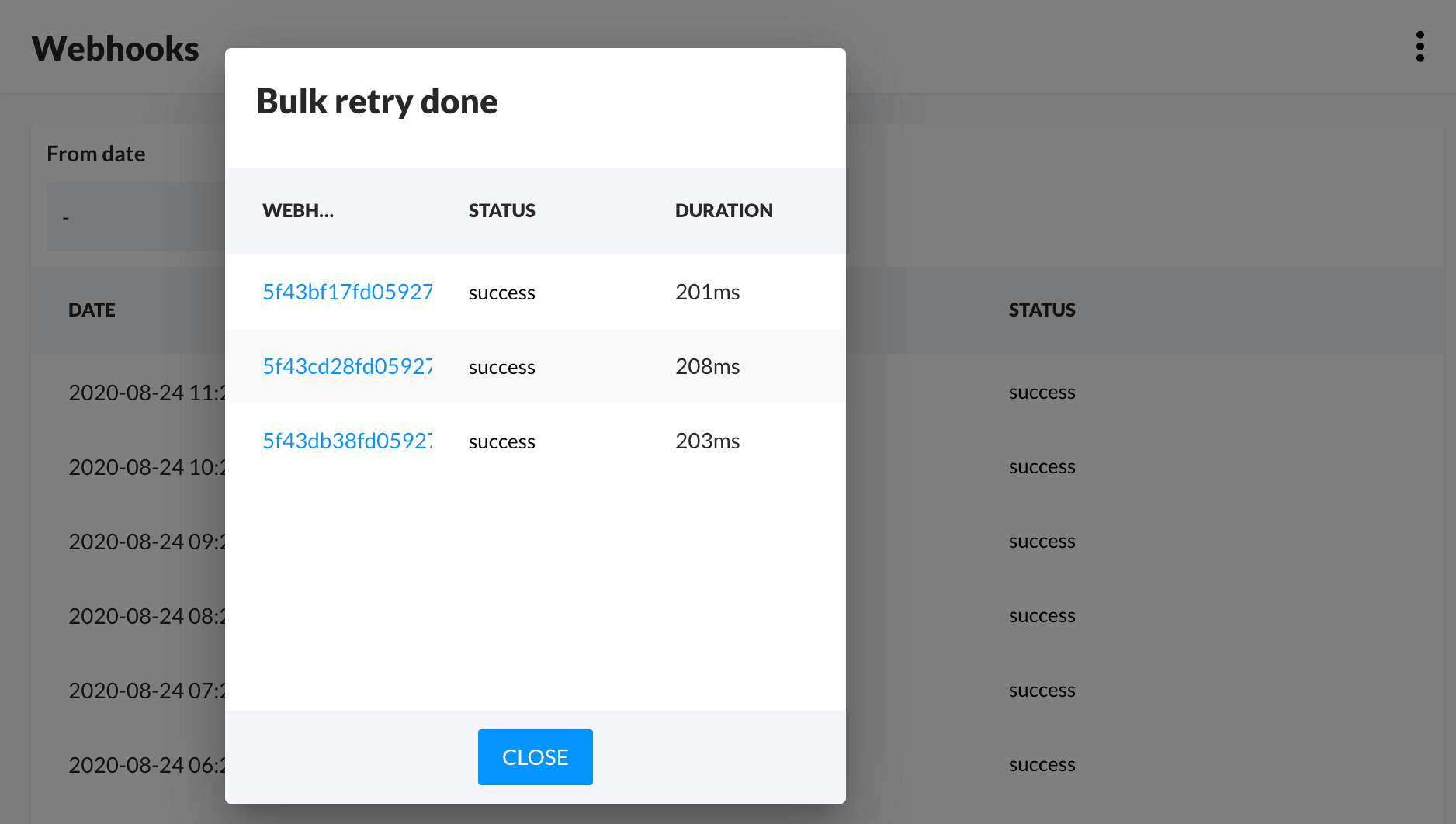